The long term goal of the CwC project is to build an AI agent that will communicate seamlessly with humans via gestures, expressions, and vocal communication just like a real human being would with another human being. The agent achieves this communication by building a shared perception with the humans using all the knowledge it acquired through all the past and current interactions with the humans. The short term goal is to get a structure of virtual blocks build from a virtual AI agent (Diana) via multi-modal communication. CSU's computer vision lab (of which I am a part of) has built this system (please see the demo video below) as a part of an active (as of 2018) DARPA project called CwC.

Recent work by CMU [1], [2] in human pose recognition from RGB images, produces state-of-the-art results on multiple datasets. Success of these methods can be primarily attributed to convolutional neural networks for joint detection and special techniques to associate detected joints with people in a frame. We incorporated this work to replace previous depth-based pose recognition. Task involved writing a C++ wrapper around the OpenPose library [1] and a Python server to interface this wrapper with the rest of the client’s system, along with some modifications to previous clients

As a part of my Research Seminar Course (CSU CS793), I worked on the front-end of the CwC project to replace the Kinect-based data collection module at the front-end of the Communicating with Computers project with an RGB camera-based module in a seamless manner with following objectives:

Here is the comparison between old and new front-end for our CwC pipeline. 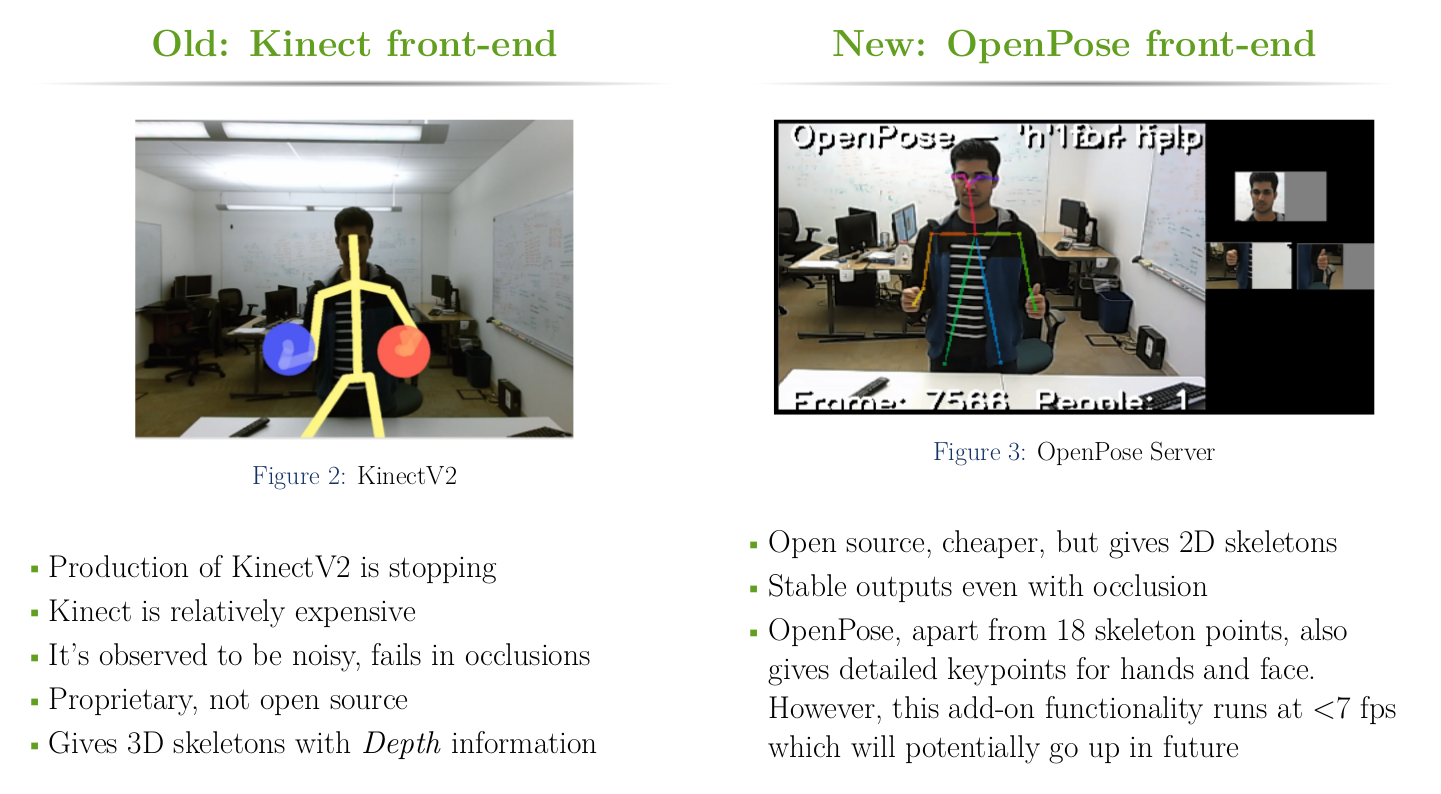