Premise: Robotics team that I am a part of uses lots of different types of DC, BLDC, servo, and stepper motors. For example, we use wiper motors for high torque applications, DC Maxon motors for fault tolerant applications that need both high speeds (high RPM) and high torques. We also use low-end, economic motors (I do not know their names but they look like this) for prototyping purpose and places on Robots where efficiency and accuracy is not critical, for instance, for a extendable arm. Sometimes, we use BLDC for the applications where speed is critical such as propelling a robot. Stepper motors are used to get finer control over the motion derived from the motor's rotation. Servos are must where extreme torques are required. For example, a robotic jaw that grabs on to objects for significantly longer amounts of time. Servo motors gives a great control over precise angular motions.

In short, encoder is absolutely necessary to create a closed loop feedback circuit. 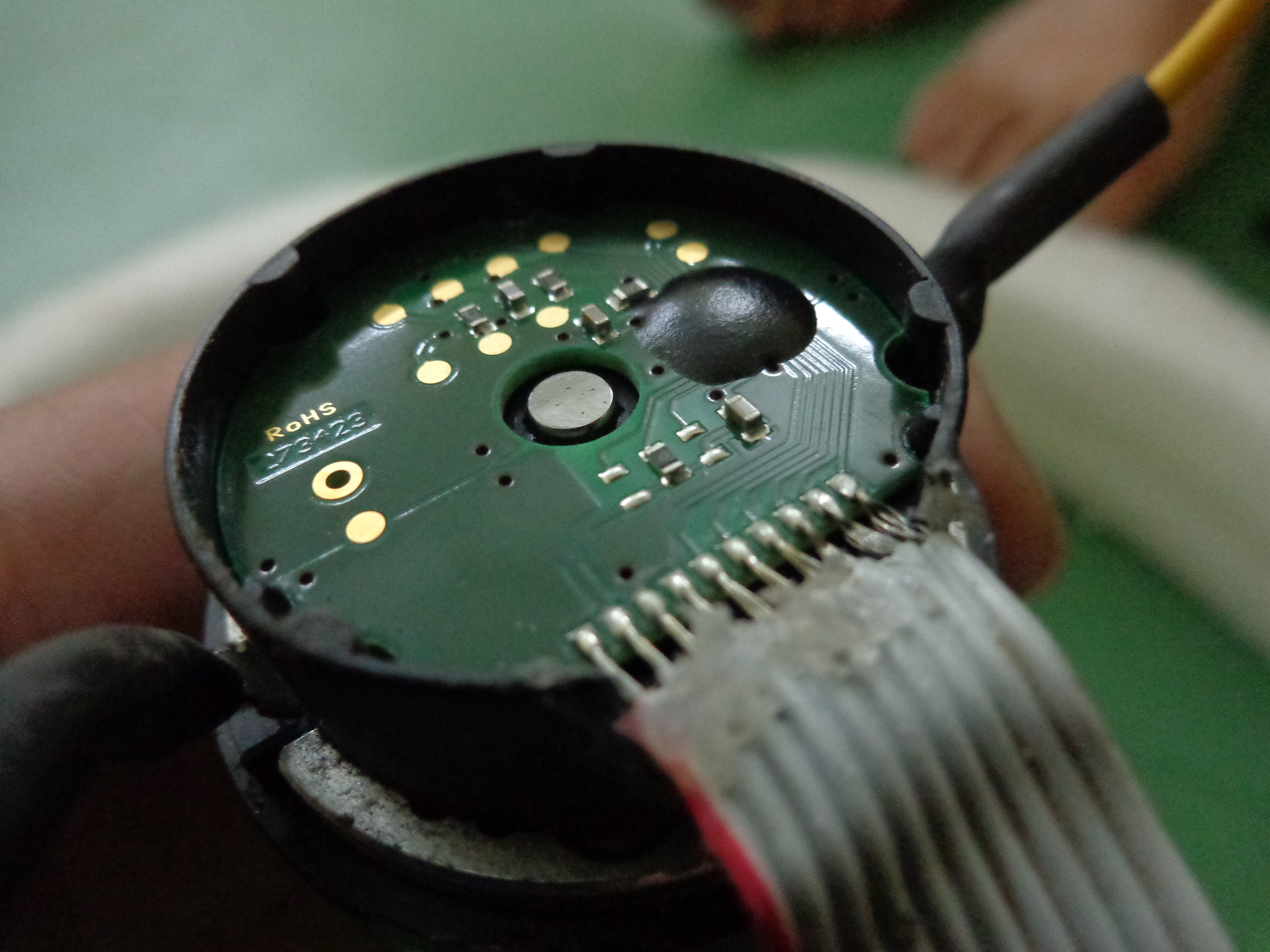 One of the problems with the Maxon encoder that we encounter is that the FRC connector that connects to encoder of Maxon motor gets loose over time. This partially could be because the way we use Maxon rigorously and continuously under extreme conditions of vibrations, temperatures, and pull-forces on connectors. On the other hand, this could also be because of the FRC connectors of Maxon encoder are of poor quality as compared to the price of the actual Maxon motor. The loose connections to encoder, which could many times become a disconnection, causes several issues in the feedback loop of controlling the motor. And the loose connection issue is fairly frequent. As a result, we as a team have to take some extreme decisions to fix the loose connections in-house (actually in-lab) instead of sending the whole motor to Maxon's repair office every time there is a loose connection. Not to mention that Maxon will charge you for shipping the motor and fixing this minor issue which can be solved by simply soldering the loose wires of the FRC connector. I said the decision is extreme because Maxon motors ain't cheap! A Maxon single motor with encoder typically costs us 80K-90K INR (USD 1200) . And we typically have about 15 of these motors bought from different Maxon motor product series. So to avoid the hassle we decided to solder the loose FRCs of Maxon encoder manually in our lab. This task requires extreme patience, calmness, and skillfulness in soldering. One small mistake and you could completely make the encoder useless. And replacing that encoder would take additional 100s of dollars to fix.

Anyway, my team (especially I) have had several of these "opportunities" to fix the encoders loose connection issues. First of all removing the back panel of Maxon under which encoder lies, is itself a big task. Secondly, as shown in the image above the encoder circuit is really delicate. The soldering pads for FRC's wires are really small. At higher temperatures these pads tend to come off of the underlying PCB which makes the encoder totally useless! 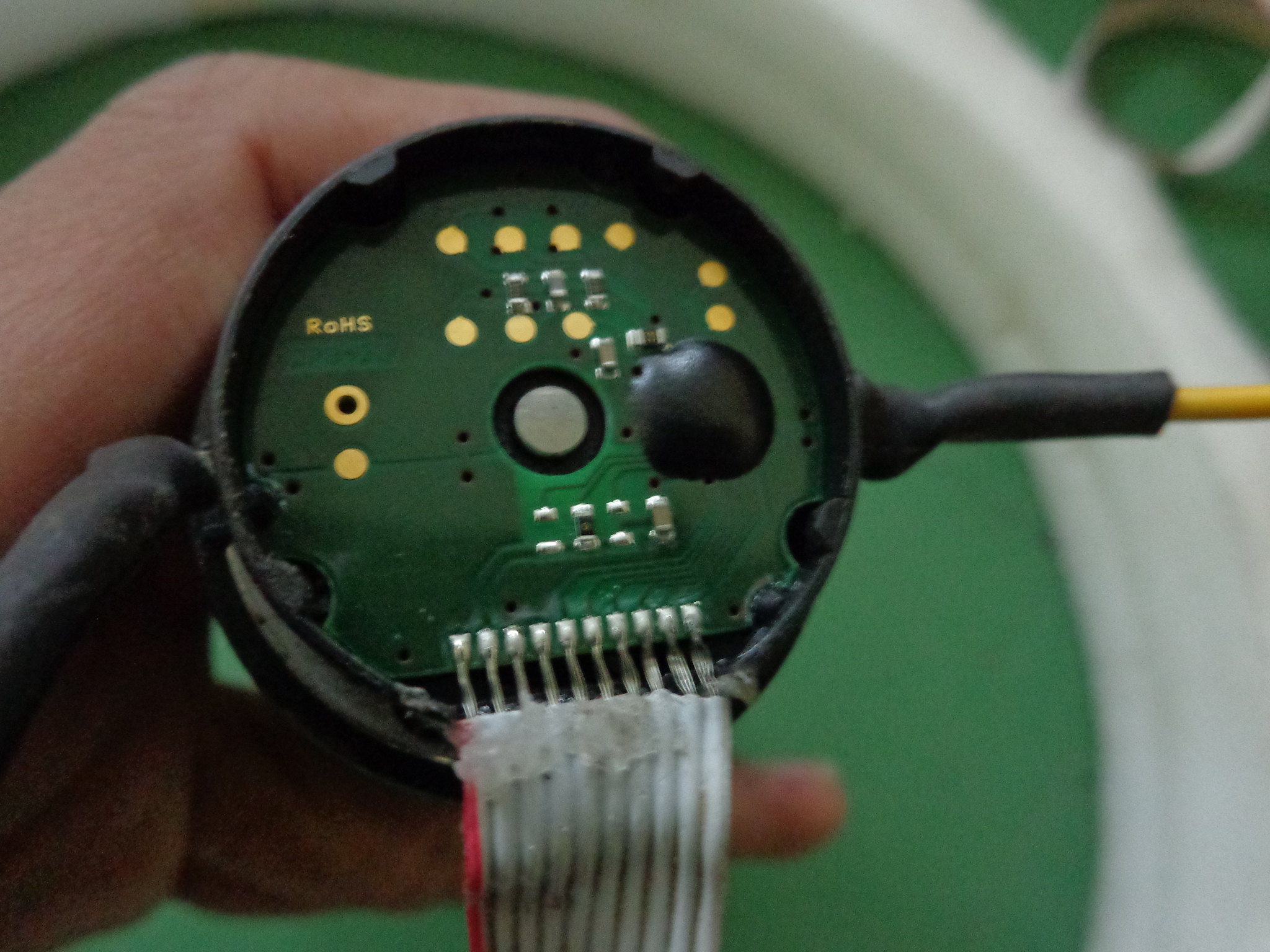 Here are some suggestions and cautions from my experience of working with Maxon's encoder:

You May Also Enjoy

A short intro to EGGNOG dataset