In 2013, my teammates in the robotics team and I were desperately searching for a long-distance laser sensor that would have replaced our short-distance SONAR and IR sensors which had a sensing range of at most 2 meters. We were looking for a sensor that would at least give us a sensing range of 5 meters and that would be cheaper to buy given our limited budget that we, as a team, would have preferred spending on something more worthwhile than a single piece of laser sensors. In general, the SONAR and IR sensors that we bought were always inexpensive as compared to the laser sensors.

While doing market research on laser sensors we came across a sensor company IFM. They are a German company founded in 1969 and provide various sensing and automation services and products across the globe. We came across a laser sensor that was just perfect for our applications in robotics. The sensor (in the image below) has a sensing range from 0.2 meters to 10 meters and it provided distance at the precision levels of 1 millimeter. Moreover, the sensor operated at 24V DC as per our requirements. Although it was a bit heavier which was a downside because the robots needed to follow strict weight restriction in the competitions, this sensor was very less susceptible to bright ambient lights in a arena where the competitions were held every year (in fact the arena was a badminton court modified for the robotics competitions). 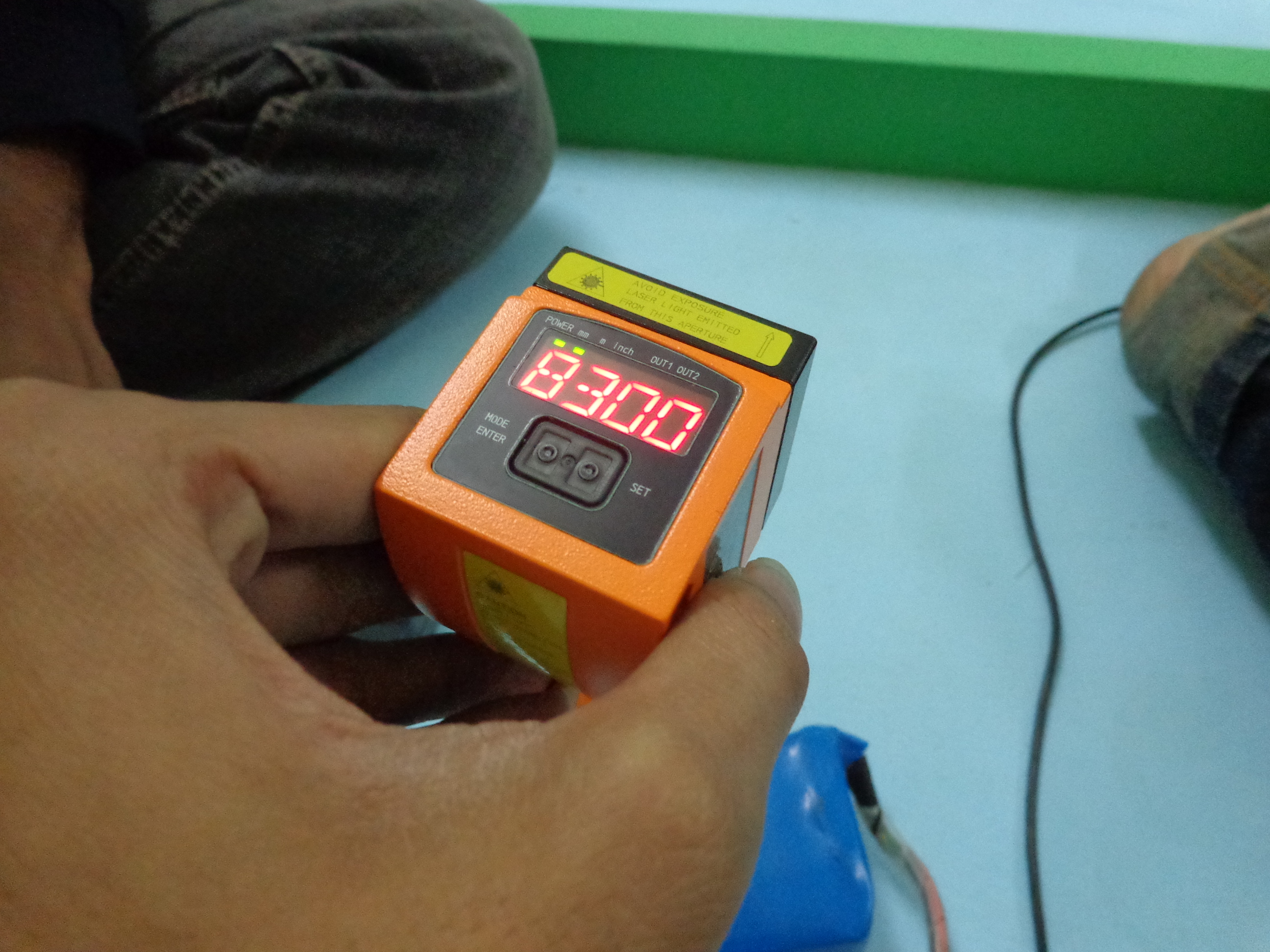 Given its perfectness for our applications, we decided to buy one. However, it tuned out the sensor was really costly (~ 400 to 500 USD) which, for a college robotics team, was a considerably hefty amount to pay for a single sensor that we did not know will work out with our robots and electronic circuits. So we decide to call the company to see if we could get a sensor for a trial period before we actually buy 4 sensors in total (2 on each bots and 2 backups). I called IFM's branch in Kolhapur, India. In a detailed discussion, I explained him my team's background and our requirements. I mentioned that if it works out we were willing to buy 4 sensors and requested him a quotation for 4 sensors in the same call. The person on the phone was eager to help us. Thanks to his kindliness, we got a contact of their local office in Pune (from where my team was). He promised us that we would be able to get a sensor for trial if not for free to encourage our efforts in robotics.

Next week we visited their local office. They gave us demo on the sensor. After some chit-chat the employees over their literally gave us a sensor for free to experiment with. We came back to our robotics lab with some very happy faces! Although, the sensor was a display piece in their office, it worked out very well. It integrated perfectly with our existing electronics and in terms of application it was just what we needed! Finally, in next few weeks we ended up buying 4 more sensors from IFM. We always called it "orange" in our conversations because of its orange color.

In conclusion, after a few calls and meetings, we got this sensor worth ~5% of our annual budget for free from IFM. I am extremely thankful for their generosity.

You May Also Enjoy

A short intro to EGGNOG dataset

Once I dissected a MAXON motor (well, not entirely but only encoder part, but even that was not recommended!)

Premise: Robotics team that I am a part of uses lots of different types of DC, BLDC, servo, and stepper motors. For example, we use wiper motors for high torque applications, DC Maxon motors for fault tolerant applications that need both high speeds (high RPM) and high torques. We also use low-end, economic motors (I do not know their names but they look like this) for prototyping purpose and places on Robots where efficiency and accuracy is not critical, for instance, for a extendable arm. Sometimes, we use BLDC for the applications where speed is critical such as propelling a robot. Stepper motors are used to get finer control over the motion derived from the motor's rotation. Servos are must where extreme torques are required. For example, a robotic jaw that grabs on to objects for significantly longer amounts of time. Servo motors gives a great control over precise angular motions.