N-gram analysis finds applications in many areas such as sequence prediction, sequence completion (such as the one in Gmail's August 2018 updated version), plagiarism detection, searching for similar documents, sentiment analysis automatic authorship detection, and linguistic cultural trend analysis. Not to mention that Google has already spent several thousands of hours doing research in this field given that it helps them in many products such as Google search engine, Gmail, Google Docs, Google Assistant, Google Voice transcription, and many more. They have created a great tool called Google Ngram Viewer which allows you to analyse words from English (as well as several more languages) for their frequency of use over time, occurrences in specific corpus, etc. You could get more information about this tool here on info their page.

For this project, the goal was to create an N-gram profile of a corpus of modern English literature formed by subsetting around 1GB of dataset that included more than 2500 books from Gutenberg project [2]. Major steps involved: (1) Extracting all the unigrams and bigrams, (2) Computing the frequency of each unigram and bigram, and (3) Ranking the unigrams and bigrams based on those frequencies. I used Hadoop's MapReduce framework to generate the ngram profiles.

Dataset - that was provided to us during the class - was compiled from the set of EBook files available as a part of Project Gutenberg. It was a small subset of size ~1gb consisting of lines from several books from the Project Gutenberg. Each line looked as follows: AUTHOR<===>DATE<===>A SINGLE LINE FROM THE DATASET FILE A specific example would be: Arthur Conan Doyle<===>June 19, 2008<===>"Well, by his insufferable rudeness and impossible behavior." For this project we were instructed to work with author's last name from AUTHOR field (last author in case of multiple authors) and only the year part of DATE field. We converted the words into lowercase to make them case insensitive. All the gender and tense identifier are treated as a separate word. Meaning "he" and "she" were treated separately. Words "have" and "has" were treated as two separate words.

Here are some snippets from the outputs of map reduce program for four profiles mentioned above. If you are interested you could get the entire files from a cloud bucket as below:
Profile-1A, Profile-1B, Profile-2A, and Profile-2B. And the source as well. 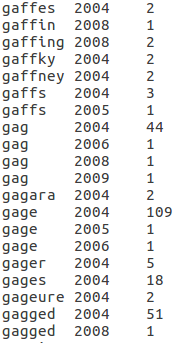 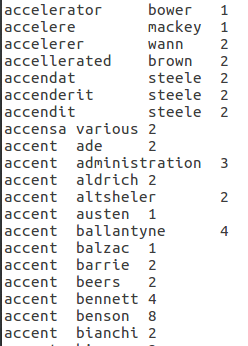 Fig. 1: Profile 1A and 1B sample outputs 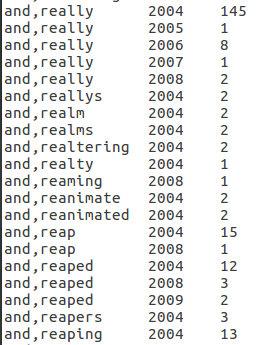 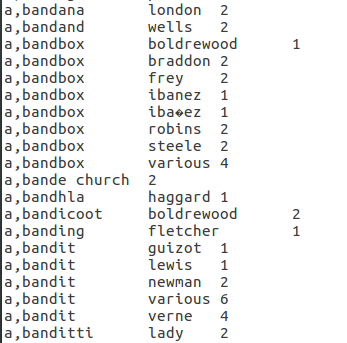 Fig. 2: Profile 2A and 2B sample outputs

Note: Some of the content for this post is taken from course material of CS435 (CSU) written by Prof. Sangmi Lee Pallickara and GTAs.